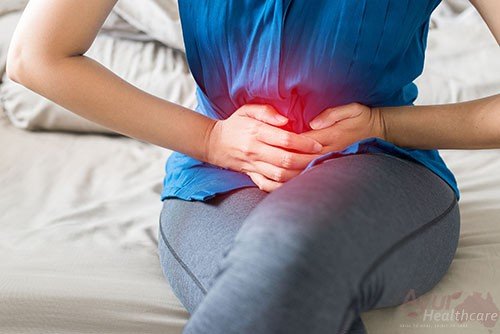 Dysmenorrhea is the term used to described Painful Period, Normal Ovulatory Menstruation can be painful, but when it affects one’s routine life, for example absence in the School or the Office or unable to do day to day activities, it has to be investigated and treated. Women of any age can experience painful periods; some women find period are no longer painful after Pregnancy and Childbirth.

Dysmenorrhea is Menstrual cramps refers to the pain during menstruation, specifically in area of Lower Abdomen, involves contraction of Uterine Walls, which may lead to the blockage of Blood Vessels, Tissue deaths and hence, cause pain in the Lower Abdomen. Many women experiences cramps just before or during the Menstrual period, these cramps may also be caused by an underlying condition Endometritis, Uterine Fibroid or Adenomyosis for which a diagnose has to be made post the relevant investigations, these cramps are transient and are associated with the Hormonal Changes during Menstruation.

Dysmenorrhoea can be associated with…….

Causes and Risk Factor of Dysmenorrhoea…….

Normal menstruation that happens to be painful is known as primary Dysmenorrhea. In primary Dysmenorrhoea, it is thought that the muscles of the uterus contract harder than normal to excrete the thickened lining (Endometrium). These contractions may also reduce blood flow to the uterus which makes the pain worse. The hormone-like compounds that prompt these contractions are prostaglandins. The reason for the increased prostaglandins is not known. This type of Dysmenorrhea diminishes with age. It is mostly seen in the adolescent period due to low pain threshold, tension and anxiety.

It happens due to specific Medical condition as –

In Ayurveda literature, Dysmenorrhoea is known as ‘Kashta-Artava’ (‘Kashta’ means Pain, ‘Artava’ means Discharge from Vagina). Its not mentioned as disease individually, although explained as associated symptoms with a particular medical condition.

Ayur Healthcare provide proper screening of patient, personalised herbal medication like Herbal medicine preparation like Yograj Guggulu, Maharasnaadi Kashyaya, Dashmool Kwath, Ashokarishta etc are the best treatment of Dysmenorrhoea and provide the knowledge of Diet and Lifestyle advice as per disease condition. Important precaution measures should be taken as-