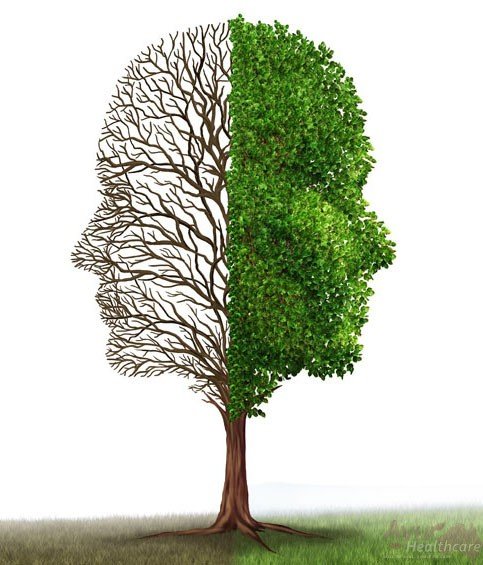 It is a disorder in which drastic mood changes are seen. It usually occurs at a young age and rarely affects after 40. Male and female are equally affected in which excess thoughts or extreme negativity may be observed.

It is believed that many physical diseases can cause depression or sadness and lead to the disease. It is also seen that other mental illnesses which the patient is already suffering can lead to triggering of Bipolar disorder.

The signs depend upon the type of bipolar patient is  suffering. Depression: – Symptoms like excessive sadness, Anorexia, nervousness, irritability, aggression, lack of energy, sleep, sex desire and confidence, desire to cry, hatred about oneself and suicide tendency.

As the disease shows diversity in its symptoms ranging from excessive depression to extreme happiness, a particular line of treatment is variable according to severity of symptoms. It is found that therapy which works very well is concealing. Talking to a patient and diverting all his attention from negative thoughts, negative reactions, emotional reactions and behaviour.  Ayur Healthcare focuses on Psychology which is the most important  part of medical education. It focuses on improving the state of mind and causes confidence to the patient. Therapies improve mental health. Family education is another important treatment which Ayur Healthcare focuses on. It attempts to resolve family issues or friend’s issues which help a proper understanding of the patient’s present situation.

Bipolar disorder basically occurs with the aggravation of vata dosha, but pitta plays a role in the case of mania and kapha in the case of depression. So the condition can be considered to have involvement of all the three doshas. Imbalances in vata can lead to insomnia, sudden fear, restlessness, hopelessness, and mild tremors and sometimes over stimulation. The treatment should focus on the percentage of doshas involved ranging from herbal oil massage, Steam box therapy, induced purgation, nasal drops, shirodhara (pouring of oil over forehead).