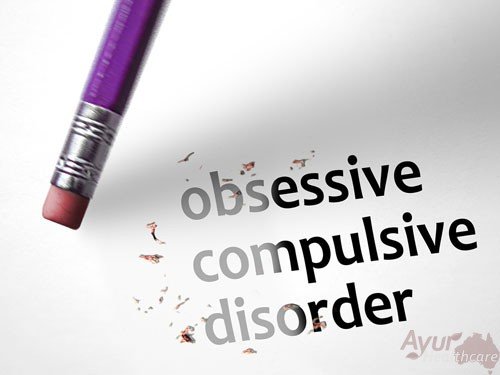 Obsessive-compulsive disorder is characterised by obsessive thoughts, which are recurrent, unwanted, and typically anxiety-provoking, and compulsions, which are repeated acts performed to relieve feelings of tension. Obsessivecompulsive disorder (OCD) is a co-morbid condition of psychiatric disorders like anxiety and depression. It is characterised by uncontrollable unwanted thoughts and repetitive behaviours one feels compelled to perform.

Obsessions are involuntary, seemingly uncontrollable thoughts, images, or impulses that occur over and all over again in one’s mind. Compulsions are behaviours or rituals that one feels driven to act out again and again. Usually, compulsions are performed in an attempt to form obsessions. In fact, the obsessive thoughts usually return stronger. and therefore, the compulsive behaviours often end up causing anxiety themselves as they become more demanding and time-consuming.

Ayurveda embraces aspects of the well-being of living creatures, physical,  mental and spiritual health. It systemises and applies the knowledge to revive this health and to cure the disease through purification therapy and herbal medicine. Psychiatric disorders are explained in classics, where there’s a function of a mind deranged, including intelligence, cognition, and memory.  OCD is such a disorder that may disturb all of those in a considerable manner.

In Ayurveda classical text, there’s no direct or exact correlation of OCD is described. However, some references are present which mimic the symptoms of OCD. one amongst them is atattvabhinivesha in which the person sees
predominantly the unreal as real and vice versa. Atatva means false, nonelementary having no existence and therefore the term abhinivesha means
interpretation, knowledge to take in sense or indulgence.

Management: The Ayurvedic line of treatment for OCD includes the use of internal medicines, Nasya (inhalation therapy) and Shirodhara followed by lifestyle modification. Internal Ayurvedic herbs like, Brahma Rasayana. Brahmi Ghrita, Vacha Churna, Shankhpushpi and Brahmi Vati are beneficial(Note: you must consult an authorised physician before taking any ayurvedic supplement.)

If your obsessions and compulsions are affecting your quality of life, consult our highly knowledgeable and experienced Ayurvedic Practitioner at Ayur Healthcare, to get the best authentic Ayurveda treatment.