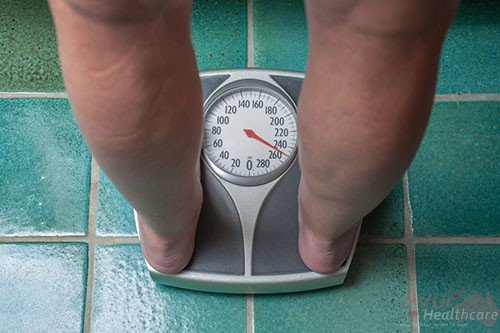 [Note – BMI is a measure which takes into account a person’s weight and height to gauge total body fat in adults. Someone with a BMI of 26 to 27 is about 20 percent overweight, which is generally believed to carry moderate health risks. A BMI of 30 and higher is considered Obese. A BMI of 25 to 29.9 is considered overweight.]

Obesity or being Overweight is a condition characterised by excessive storage of fat in the body. When the body’s calorie intake exceeds the number of calories burned, it leads to the storage of excess calories in the form of body fat.

-Aetiology of Overweight or Obesity….

Excessive weight gain prime cause is when people consume more calories than the body needs and most commonly due to eating a diet high in fat and calories, being sedentary, or both. This imbalance between calories consumed and calories burned, however, can also be caused by a number of different Obesity-related factors such as Genetic, Hormonal, Behavioural, environmental and, to some extent, cultural factor also include.

Some certain factor is….

There may be other cause for overweight condition, to provide precise, root-cause Obesity treatment, all causes and symptoms are evaluated by Ayur Healthcare doctors.

In Ayurveda literature, the human body is body made up three constitutions, which is also called as Basic Humours called Vata, Pitta and Kapha (three subtle energy of human body).
-Among them Kapha Dosha is responsible for Overweight and Obesity. In Ayurveda this is consider as “Sthulya”.

-In order to balance these subtle energies, it is first important to identify the Dosha which is in imbalanced, and then accordingly select the Panchakarma therapy to treat the condition from roots.

– Obesity is known as Medaroga(Disorder of fat tissue), which is caused by the aggravation of Kapha. Kapha Dosha property explained as Dense, Heavy, Slow, Sticky, Wet and Cold in nature. It governs all Structure and Lubrication in the mind and body apart from controlling weight and formation of all the seven tissues – Nutritive fluids, Blood, Fat, Muscles, Bones, Marrow and Reproductive tissues.

-So, Ayurveda believe in balanced state of Kapha Dosha gives Nourishment to these tissues through various micro channels and when it is aggravated, Kapha leads to production of toxins in the body.

– Ayurvedic Physician of Ayur healthcare state that in the case of an obese person, toxins accumulate in Medovahi Srotas (Fat channels), thereby leading to an increase in the production of fat tissue (Meda Dhatu). When the body produces more fat tissues, it causes an increase in weight.

-Ayur healthcare mainly focus on pacification of Kapha Dosha in case of Obesity or Overweight and this can be done by eliminating Kapha-aggravating foods from the diet. Next, the treatment also focuses on cleansing of the Medovahi channels through cleansing Herbs so that excess weight can be reduced.

-Ayur Healthcare provide proper screening of Patient and advice Diet and lifestyle tips which highly beneficial with the management, some general advice as follows.

–  Have more bitter vegetables like bitter gourd and the bitter variety of drumsticks.