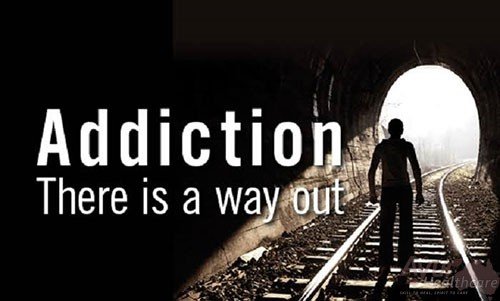 Intoxicating to yourself with an overdose of Alcohol or Drugs use can be inimical to you or yourself, Alcohol addiction including chain smoking can impair your Kidney, Lungs, Hearts, Liver etc and muddle up your life Emotionally, Personally and Physically too.

‘’The general belief is drug addiction or intoxication of any kind is a social as well as Psychological problem, which needs a holistic approach of treatment keeping in mind the affected person’s socio-economic condition and atmosphere in mind.’’

-As we know, when you addicted to a chemical substance, you lose control of your Life. It doesn’t matter what you are addicted to Alcohol, Nicotine or drugs the effects are the same. It is usually not easy to get rid of an alcohol and/or nicotine addiction. Most people find it difficult to give up these substances even after years in De-Addiction Therapy.

-We all know the ugly side of any kind of addiction that a person might knowingly or un knowingly fall into. Addictive habits to substances like Drug, Alcohol, Smoking, Liquors etc. is not only an individual’s problem, but also affects his/her family, surrounding and the society as a whole. The addicted individual spends lot of time and money, often exceeding what he has or he can afford causing financial, physical, family and social problems

-Human brain produces Dopamine normally and what alcohol does is to activate the nervous system to promote dopamine formation. The Brain thus remembers the taste of alcohol and nicotine by creating special cells called receptor cells. As a person increases the quantity of alcohol, these cells also increase in numbers. When the person wants to give up his addictions these receptor cells agitate and create withdrawal symptoms with unpleasant and even dangerous symptoms.

‘’ Cigarette smoke contains over 4,000 chemicals, including 43 known cancer-causing (carcinogenic) compounds and 400 other toxins. These cigarette ingredients include Nicotine, Tar, and Carbon Monoxide, as well as Formaldehyde, Ammonia, Hydrogen Cyanide, Arsenic, and DDT. Perhaps this list of ingredients that are found in cigarettes is enough to make you want to quit smoking for good! ”

-Ayurveda does just that and adopts a Systematic approach in treatment of such cases recommending Herbal Medicines, Exercises, Personal Counselling and Meditation as part of that.

Diagnosis of Addiction and Treatment in Ayurvedic way……

-The Diagnosis in Ayurveda comprises of a detailed understanding of a Person’s Characteristics, Habits, Sleep patterns, Hereditary traits, Body type etc. as a first step.
– Followed by that will be an understanding of the state of the Tridoshas within an individual – Vatta, Pitta and Kapha. Ayurveda believes that the problems in a Human Body are caused due to the misbalance among these three Doshas.

-Some of the other Diagnosis techniques that are frequently used by Ayurvedic experts are Diagnosis of Tongue, Diagnosis of Nails, Eye Diagnosis and Diagnosing the Pulse. These Diagnostics provide vital clues about the nature and tendencies of the individual.

A range of Herbal Medicines and their combinations are used in the treatment of addictive problems in Ayurveda and these are to be consumed orally. Ayurveda prescribes Chamomile and Ashwagandha in combination to heal the Lungs. These help in cleansing lungs of smoke- related problems. Doctors at Ayur Healthcare, also prescribe congestion relieving Herbs like Ginger and Pepper mixed with Honey or Lemon.

In Addition, Herbs also Improves Memory, Concentration, and to fight Depression are also given, such as

Important Dietary Changes as per Ayurvedic Physician in Ayur Healthcare as……